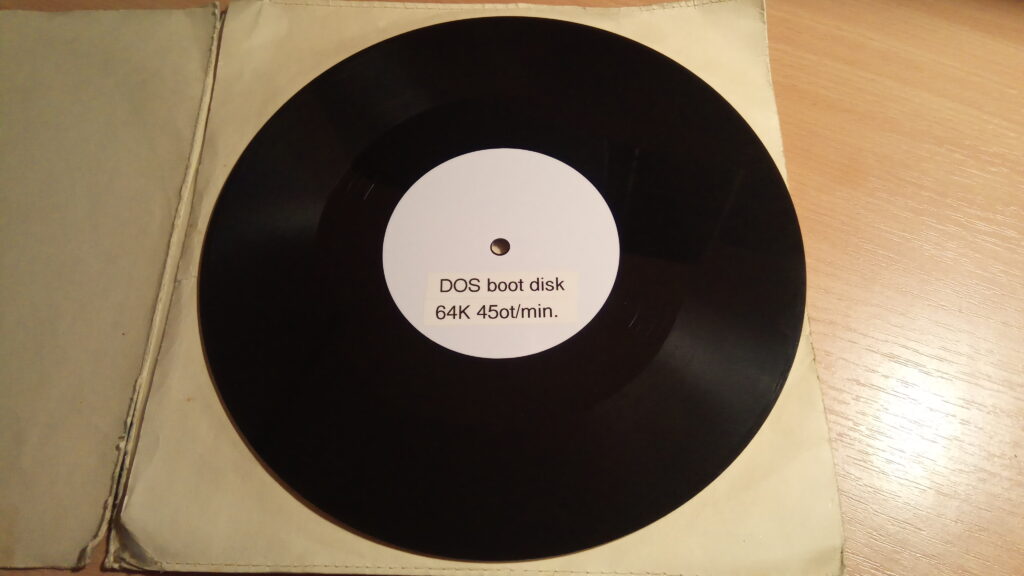 Update February 2022: Click here to observe the very same vinyl ramdisk booted on an IBM PCjr!
So this nutty little experiment connects a PC, or an IBM PC to be exact, directly onto a record player through an amplifier. I made a small ROM on-chip boot loader that operates the built-in “cassette interface” of the PC (that was hardly ever used), which will now be invoked by the BIOS if all the other boot options fail, i.e. floppy disk and the hard drive. The turntable spins an analog recording of a small bootable read-only RAM drive, which is 64K in size. This contains a FreeDOS kernel, modified by me to cram it into the memory constraint, a micro variant of COMMAND.COM and a patched version of INTERLNK, that allows file transfer through a printer cable, modified to be runnable on FreeDOS. The bootloader reads the disk image from the audio recording through the cassette modem, loads it to memory and boots the system on it. Simple huh? 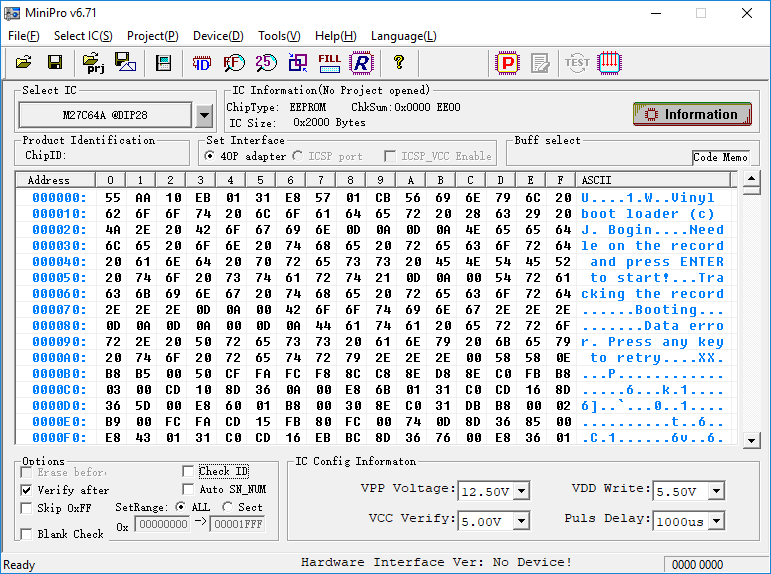 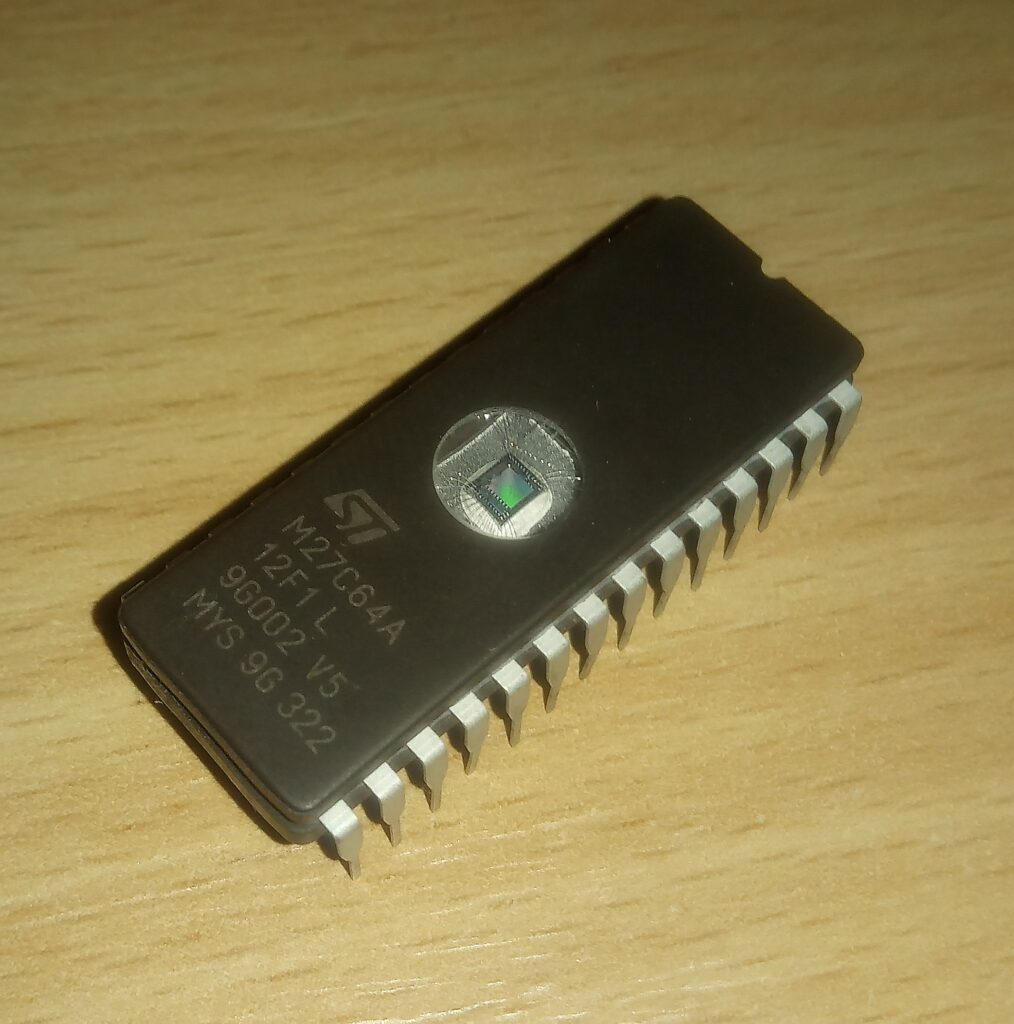 65 Replies to “Booting from a vinyl record”